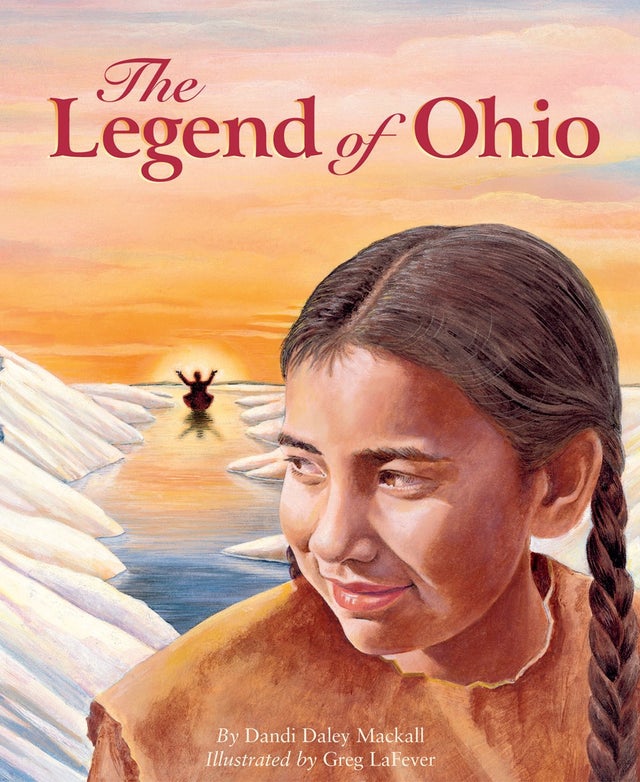 The Legend of Ohio [hc]

Young Dikewamis and her family are forced to keep moving as the "moving stone mountains" creep closer and closer to their village, driving away the bison and deer, turning the waters to ice, and hardening the earth, making it impossible to grow food. Their Chief, Tarachiawagon, has had a vision in which he sees fingers of water in a bountiful land. Thus he calls his people to embark upon a journey. The long, arduous trip will test the faith of many, including Dikewamis, but ultimately, it will lead their people to a new land. They will call this land Ohio, named for the many rivers that cross it- the fingers of water Tarachiawagon saw in his dreams. Ohio means "beautiful river," and today we know that it has more than 25,000 miles of rivers and streams. 40 pages

Signed copies by the author available!