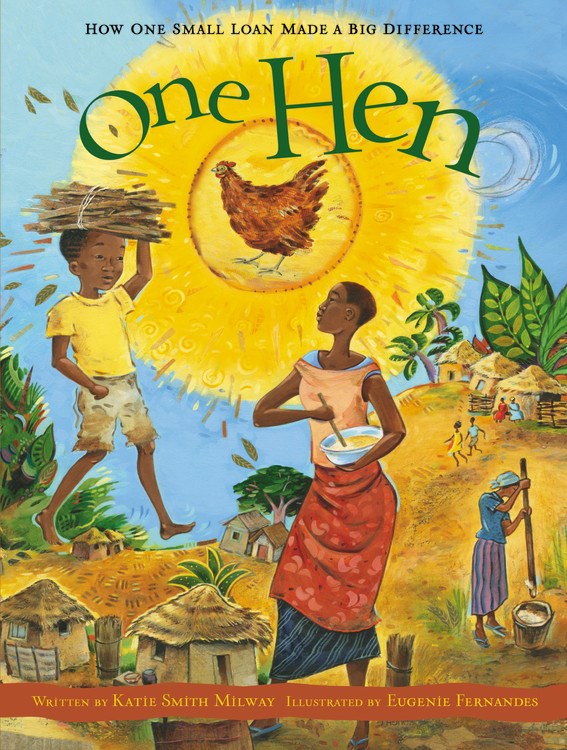 How One Small Loan Made a Big Difference

Part of the CitizenKid series

Inspired by true events, One Hen tells the story of Kojo, a boy from Ghana who turns a small loan into a thriving farm and a livelihood for many. After his father died, Kojo had to quit school to help his mother collect firewood to sell at the market. When his mother receives a loan from some village families, she gives a little money to her son. With this tiny loan, Kojo buys a hen. A year later, Kojo has built up a flock of 25 hens. With his earnings Kojo is able to return to school. Soon Kojo's farm grows to become the largest in the region.

Kojo's story is inspired by the life of Kwabena Darko, who as a boy started a tiny poultry farm just like Kojo's, which later grew to be the largest in Ghana, and one of the largest in west Africa. Kwabena also started a trust that gives out small loans to people who cannot get a loan from a bank. One Hen shows what happens when a little help makes a big difference. 32 pages

"The story is based on the experiences of an actual Ashanti poultry farmer and could open diverse avenues of discussion, including how a community's mutual support and teamwork operate for the good of all... This distinguished book will enhance many curriculum areas." -School Library Journal, Starred Review (Grades 2-5)