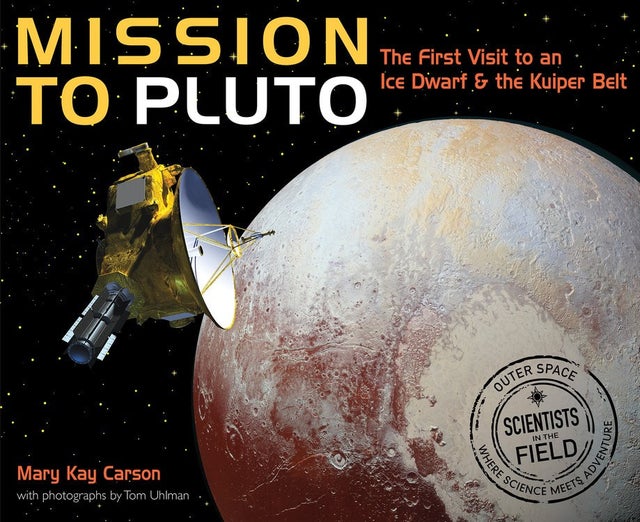 Scientists in the Field: Mission to Pluto [hc]

The First Visit to an Ice Dwarf & the Kuiper Belt

In July of 2015 a robotic spacecraft reached Pluto after a nine-and-half-year journey. New Horizons is the first spacecraft mission to Pluto and revealed its five moons as never before seen. Images from the mission show a reddish surface covered in ice-water mountains, moving glaciers, and hints of possible ice volcanoes and an underground ocean. Pluto is geologically alive and changing! Follow along with the team of scientists as they build New Horizons, fly it across the solar system, and make new discoveries about a world three billion miles away. 80 pages

"The author’s enthusiasm shines through her clear, conversational narrative, and she quotes from personal interviews as well as press conferences and releases, extending the book’s intimacy. Uhlman’s well-captioned photographs of the team members... are nicely mixed with photos from NASA and elsewhere and occasional digital illustrations." -Kirkus Reviews, Starred Review (Ages 10-14)