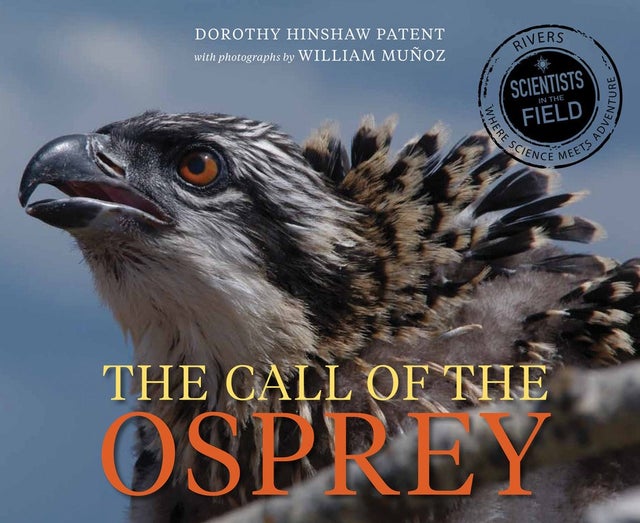 Scientists in the Field: The Call of the Osprey [hc]

Written by Dorothy Hinshaw Patent with photographs by William Muñoz

This meticulously researched and photographed account follows three University of Montana scientists and their interdisciplinary work with osprey: fish-catching birds with gigantic nests and a family that functions with teamwork and cooperation. Today the osprey is studied to monitor the effects of mercury on living things. The osprey hunts in a very small area around its large nest and so scientists can pinpoint where mercury is coming from. In Missoula, Montana, the scientists have been following ospreys for six years, collecting data on the amount of contaminants found on their feathers and in their blood. The rivers and streams in Western Montana are still suffering effects from inappropriate mining activities performed more than a hundred years ago. This man-made pollution is still dangerous to people and to wildlife. 80 pages

"Patent's lucid prose and Muñoz's clear color photos work together to document the efforts of the Montana Osprey Project, which studies the negative effects of toxic metals released into the environment during mining operations on these raptors. The book follows three scientists-Erick Greene, Heiko Langner, and Rob Domenech-as they study established pairs during the nesting season... An exciting addition to a stellar series." -School Library Journal (Grades 5-8)