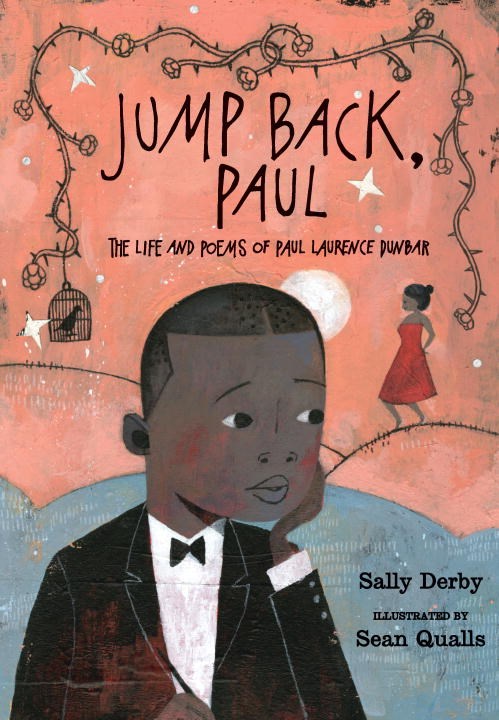 The Life and Poems of Paul Laurence Dunbar

Discover the breadth and depth of Paul Laurence Dunbar’s poetry- and learn how it reflects his singular life as a late-nineteenth-century black man.

Did you know that Paul Laurence Dunbar originated such famous lines as “I know why the caged bird sings” and “We wear the mask that grins and lies?" From his childhood in poverty and his early promise as a poet to his immense fame and his untimely death, Dunbar’s story is one of triumph and tragedy. But his legacy remains in his much-beloved poetry- told in both Standard English and in dialect- which continues to delight and inspire readers today. More than two dozen of Dunbar’s poems are woven throughout this volume, illuminating the phases of his life and serving as examples of dialect, imagery, and tone. Narrating in a voice full of admiration and respect, Sally Derby introduces Paul Laurence Dunbar’s life and poetry to readers young and old, aided by Sean Qualls’s striking black-and-white illustrations. 128 pages

"[Derby evokes] the spirit of Dunbar's work and [humanizes] the man behind his poems, many of which are integrated with the text. She is quick to acknowledge the occasional surmise, but her story has the ring of truth, nicely enhanced by Qualls' expressionist drawings." -Booklist, Starred Review (Grades 5-7)