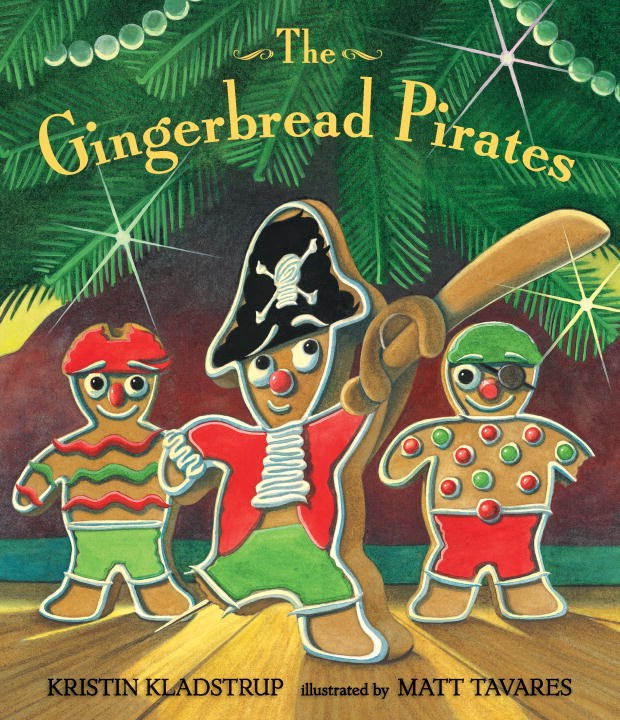 It’s Christmas Eve, and Jim and his mother have left pirate gingerbread men for Santa. Jim’s favorite is Captain Cookie, who carries a gingerbread cutlass and has a toothpick peg leg. Jim keeps him close by his bed. But late that night, when Jim is fast asleep, Captain Cookie step-taps away on a daring adventure to find his pirate crew and rescue them from that mysterious character he’s heard about: a cannibal named Santa Claus. This masterfully illustrated tale, sparkling with all the excitement of a pirate adventure, is a new holiday classic. 32 pages

"“Swashbuckling gusto and a poignant finish should make this a new favorite." -Publishers Weekly, Starred Review