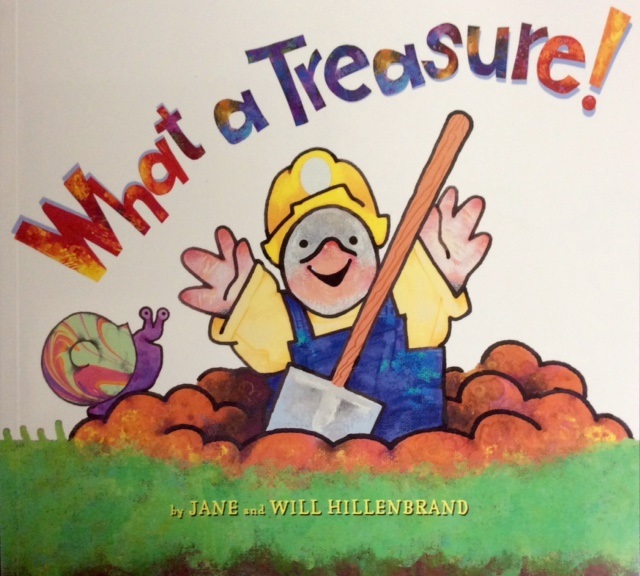 What a Treasure! [pb]

Mole digs with his new shovel, finding useful things for the other animals and a new friend for himself. 32 pages

"This simply told story has what it takes to entertain the youngest story-time audience: eye-catching illustrations; a straightforward, good-natured narrative with some well-placed repetitions; lots of digging; and a gratifying ending." -The Horn Book

"Have shovel, will dig. Such is the simplicity of young Mole's experiences in this warm look at appreciating the small, often unexpected, joys in one's life... Jane Hillenbrand's debut picture book shines with a feel-good, spare text that goes right to the heart of universal childhood emotions." -Publishers Weekly, Starred Review (Ages 3-6)

Signed Edition; Can be personalized