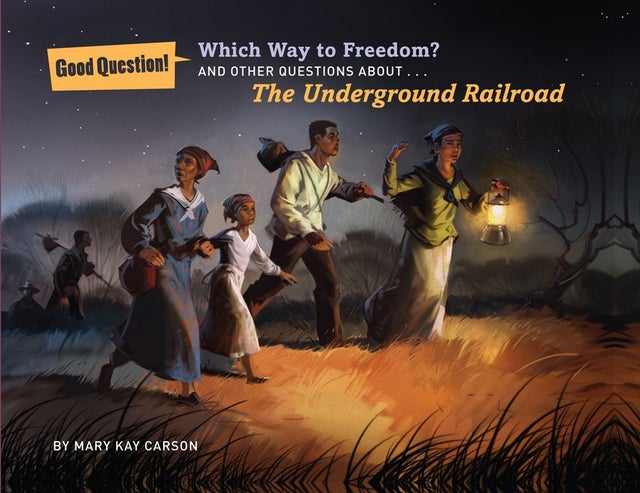 Which Way to Freedom? [pb]

And Other Questions About... The Underground Railroad

Part of the Good Question! series

What was the Underground Railroad- and who traveled on it? Who was Harriet Tubman and what did she do? This book tells kids all about the perilous journey to escape slavery and finally become free: how long it could take, where the fugitives hid, who helped them, how “stationmasters” sent secret messages, and other fascinating details of the legendary Underground Railroad. 40 pages

"Many facts about the past become so mythologized that we end up taking them for granted, and [this] series invites students to think more critically about cornerstones of American history... A closing section on the realities of contemporary slavery and human trafficking is especially effective." -Booklist (Grades 3-6)