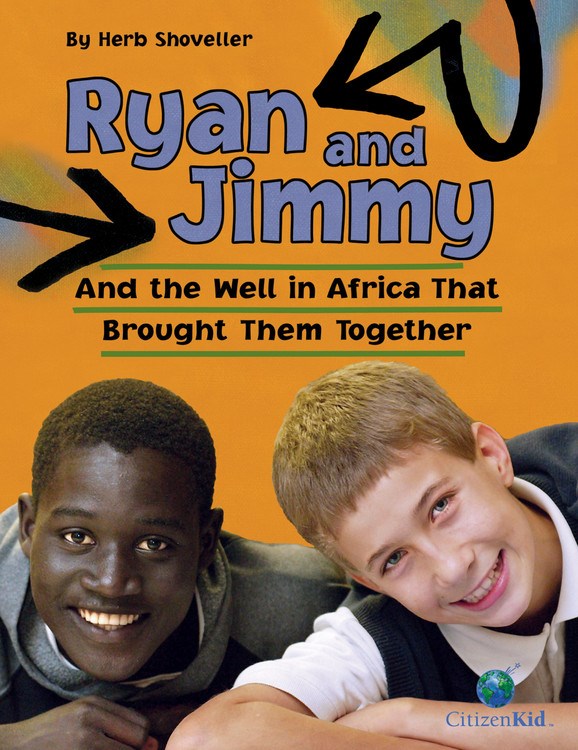 And the Well in Africa That Brought Them Together

The true story of a six-year-old who built a well halfway around the world and his life-changing friendship with a Ugandan boy.

It costs a lot of money to build a well in Africa- a lot more than Ryan Hreljac had thought. Still, the six-year-old kept doing chores around his parents' house, even after he learned it could take him years to earn enough money. Then a friend of the family wrote an article in the local newspaper about Ryan's wish to build a well to supply people with safe, clean water.

Before long, ripples of goodwill began spreading. People started sending money to help pay for Ryan's well. Ryan was interviewed on television. His dream of a well became an international news story.

In Agweo, Uganda, villagers were used to walking a long way every day in search of water. What they found was often brown and smelly and made a lot of people sick. But when Ryan's well was built, life in the village changed for the better.

A young orphan named Akana Jimmy longed for a chance to thank Ryan in person for this gift of life- clean water. When they finally meet, an unbreakable bond unites these boys from very different backgrounds, and a long and sometimes life-threatening journey begins.

Ryan and Jimmy is part of CitizenKid: A collection of books that inform children about the world and inspire them to be better global citizens. 56 pages