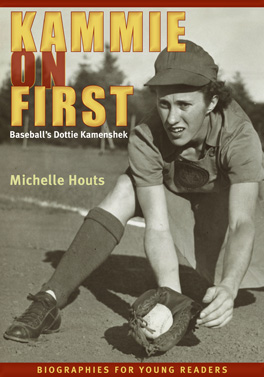 Born in Norwood, Ohio, Dorothy Kamenshek (aka Kammie) grew up playing sandlot baseball but became a star athlete at the national level at the age of seventeen. Her skills in playing first base for the Rockford Peaches gained her batting accolades and All-Star status. In the early 1990's, actress Geena Davis portrayed a character loosely based on Kammie in the movie, A League of Their Own. 148 pages