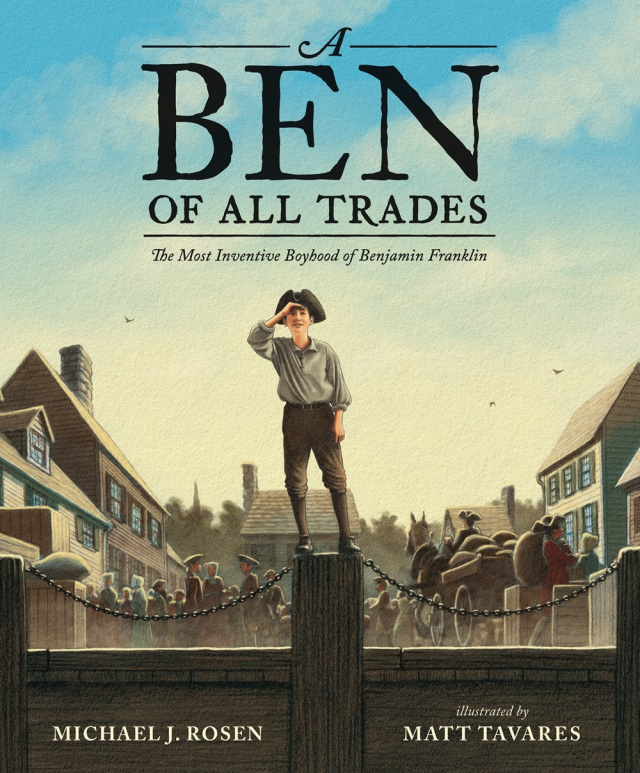 A Ben of All Trades [hc]

The Most Inventive Boyhood of Benjamin Franklin

Young Benjamin Franklin wants to be a sailor, but his father won’t hear of it. The other trades he tries - candle maker, joiner, boot closer, turner - bore him through and through. Curious and inventive, Ben prefers to read, swim, fly his kite, and fly his kite while swimming. But each time he fails to find a profession, he takes some important bit of knowledge with him. That tendency is exactly what leads him to become the astonishingly versatile genius we remember today. 32 pages

"Before the bifocals, the lighting rod, the ambassadorship, and all the rest of his many accomplishments, Ben Franklin knew precisely what he wanted to be when he grew up: a sailor. As a child, he spends his time reading and improving his swimming skills in the nearby Mill Pond and Charles River; Tavares’s expansive illustrations show him testing his handmade paddles and even being pulled through the water by a wind-filled kite, like a human sailboat." -The Horn Book Magazine