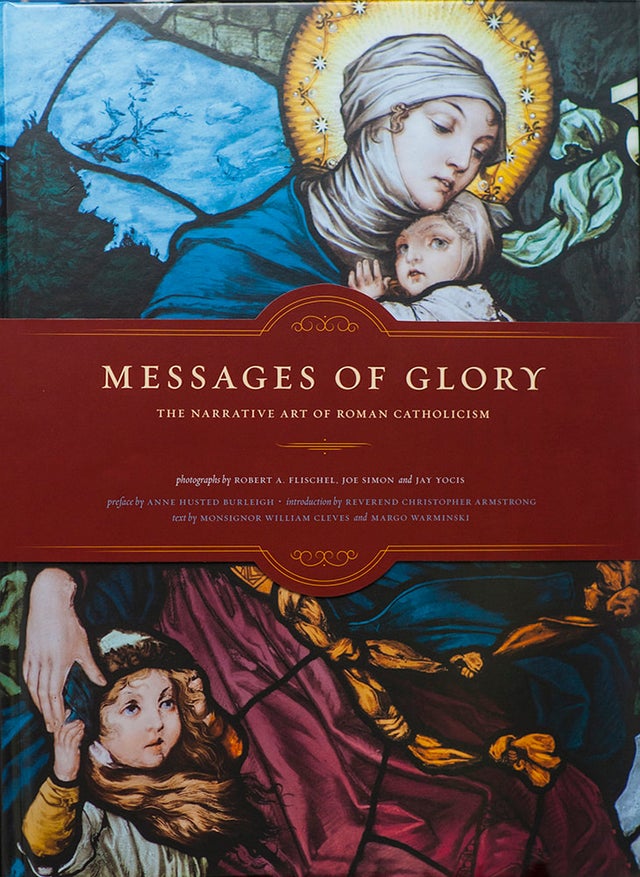 The Narrative Art of Roman Catholicism

For over a hundred years beginning in the mid-1800's, a large number of immigrants to Cincinnati and Northern Kentucky brought their faith and skills as well as their energy and desire to help build their communities. Among this group were masterful artisans who filled the chapels, churches, basilicas and cathedrals with magnificent and inspirational works of art.

In Messages of Glory, Robert Flischel and his photographic team capture the beauty of the art in over 50 Catholic churches and chapels while telling the story of the Roman Catholic faith. What started as a journey of discovery and exploration by one photographer over twenty years ago has resulted in a breathtaking volume which celebrates sacred art and raises awareness regarding the importance of its preservation and restoration. 224 pages

"Those Catholics who have come before us here in the Ohio Valley have left to us... an inestimable treasure of... exquisitely beautiful images in glass, paint, mosaic, and stone..." -Anne Husted Burleigh, Freelance Writer, Author & Editor