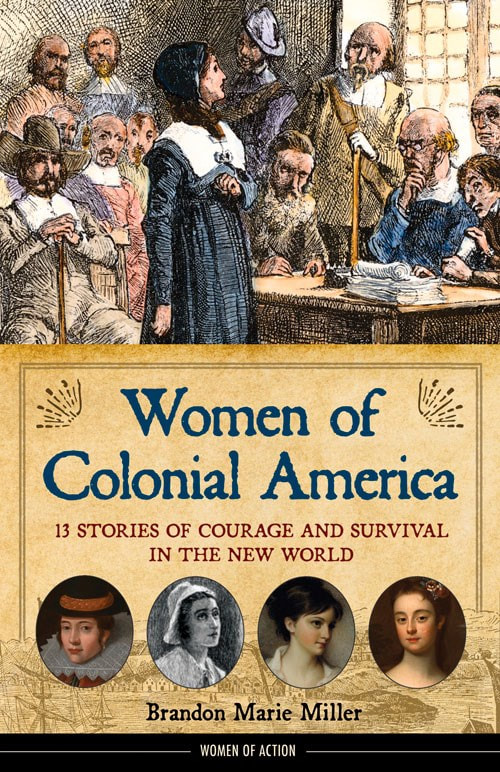 13 Stories of Courage and Survival in the New World

In colonial America, hard work proved a constant for most women- some ensured their family's survival through their skills, while others sold their labor or lived in bondage as indentured servants or enslaved individuals. Yet even in a world defined entirely by men, a world where few thought it important to record a female's thoughts, women found ways to step forth. Elizabeth Ashbridge survived an abusive indenture to become a Quaker preacher. Anne Bradstreet penned her poems while raising eight children in the wilderness. Anne Hutchinson went toe-to-toe with Puritan authorities. Margaret Hardenbroeck Philipse built a trade empire in New Amsterdam. And Eve, an enslaved woman in Virginia, twice ran away to freedom.

Using a host of primary sources, the author recounts the roles, hardships, and daily lives of Native American, European, and African women in the 17th and 18th centuries. With strength, courage, resilience, and resourcefulness, these women and many others played a vital role in the mosaic of life in the North American colonies. 256 pages