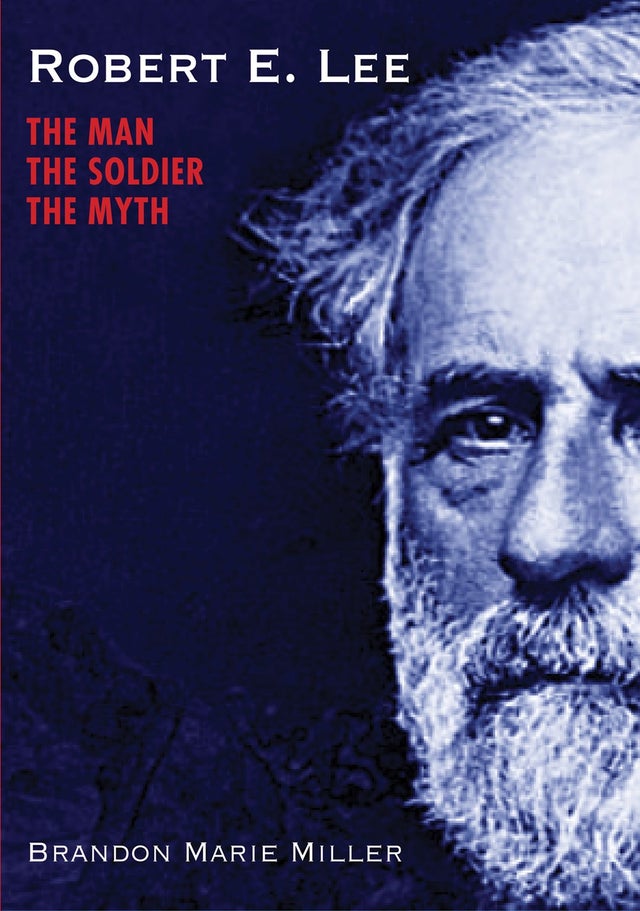 The Man, the Soldier, the Myth

The life of one of the most mythologized men in American history, Confederate States Army General Robert E. Lee, is explored in this comprehensive young-adult biography.

Robert E. Lee’s life was filled with responsibility and loyalty. Born to a Revolutionary War hero, Lee learned a sense of duty and restraint after weathering scandals brought on by his father and eldest brother. He found the perfect way to channel this sense of duty at West Point, where he spent his days under rigorous teachers who taught him the organizational skills and discipline he would apply for the rest of his life. The military became Lee’s life: he was often away from his beloved family, making strides with the Army, forcibly expanding the United States toward the Western coastline, and fighting the Mexican-American War. And ultimately, the military and his defining role therein- General of the Confederate Army- would prove to be Lee’s legacy. Author Brandon Marie Miller separates fact from fiction and reveals the complex truth behind who Lee was as a person, a soldier, a general, and a father. The book includes numerous archival images, as well as original quotations, a timeline, an author’s note, a family tree, source notes, a bibliography, and an index. 304 pages

"With Robert E. Lee (and the removal of his statues) in the news, this illuminating biography of the Confederate general comes at a good time. Miller has done copious research to present a well-rounded portrait of a man who is both praised and vilified and known by most people simply for his role in the Civil War. This book shows him as so much more." -Booklist, Starred Review (Grades 9-12)