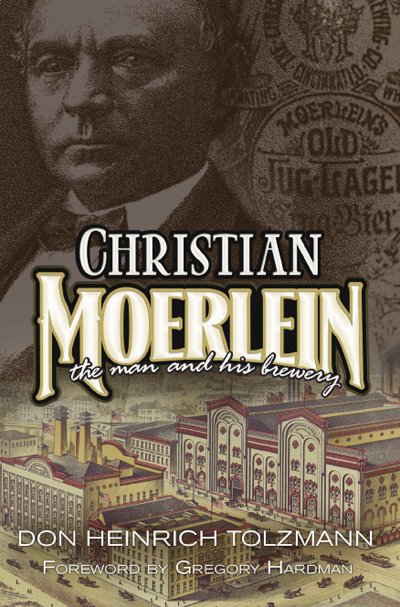 The Man and His Brewery

Christian Moerlein was born in Truppach, Bavaria, in 1818. After working as a blacksmith apprentice he learned the trade of brewing from his uncle in Germany. In 1841 he immigrated to America and worked his way from his arrival point in Baltimore to Pittsburgh, Pennsylvania; Wheeling, (West) Virginia; and Portsmouth and Henricksburg, Ohio, before arriving in Cincinnati, Ohio. After many struggles, Moerlein built a brewing company that became an empire. By the time of his death in 1897, it had become the largest brewery in Ohio and one of the five largest in the United States.

Although the Christian Moerlein Brewery did not survive Prohibition, the reputation of its founder has only increased in stature as Cincinnati's foremost Over-the-Rhine beer baron whose exceptional brews contributed greatly to Cincinnati's place in the annals of brewing history as a major brewing center. With no journals, letters, or papers left behind, the author has been able to weave together the life of this legendary brewer through the writings and translations of early biographers and historians with supplemental information on other notable beer barons in the Cincinnati area. 198 pages