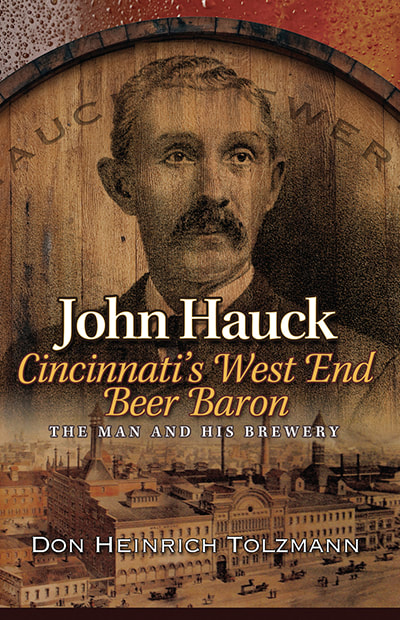 Cincinnati's West End Beer Baron; The Man and His Brewery

This third book in the history of beer barons in the Cincinnati, Ohio, area tells the story of one of the area's largest breweries. Located in the West End, on the other side of the Miami-Erie Canal bordering the Over-the-Rhine district, the Hauck Brewery was described as a castle, and its president as a "self-made man," and a beer baron. In addition to producing high quality brews, Hauck was president of the German National Bank and, for a time, an owner of the Cincinnati Reds. Well known for philanthropy, Hauck made a lasting contribution to the area by saving the Cincinnati Zoo from financial ruin. His son, Louis J. Hauck, ran the brewery until it closed as a result of Prohibition. However its reputation, and that of its founding father, acquired legendary status in the annals of Cincinnati's brewing heritage, as demonstrated by Hauck's induction into the Beer Baron Hall of Fame and Greater Cincinnati's Business Hall of Fame, showing that his legacy is alive and well as one of Cincinnati's foremost beer barons. 146 pages