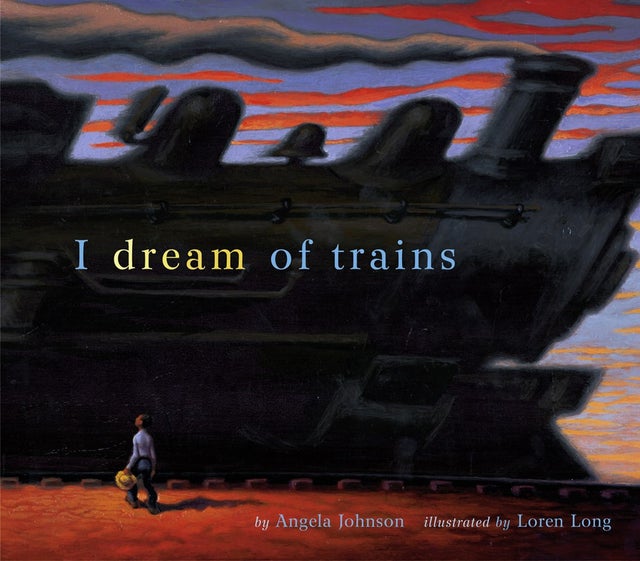 I Dream of Trains [hc]

it's the sound of leaving

that speaks to my soul...

Poignant words and striking images join forces in this heartbreaking yet uplifting picture book about the son of a sharecropper, his love for trains, and his adulation of one legendary engineer, Casey Jones.

It's the story of a hero lost and a hero discovered, of a dream crushed then reawakened, but mostly it is a story of the force that sustains the human spirit- hope. 32 pages