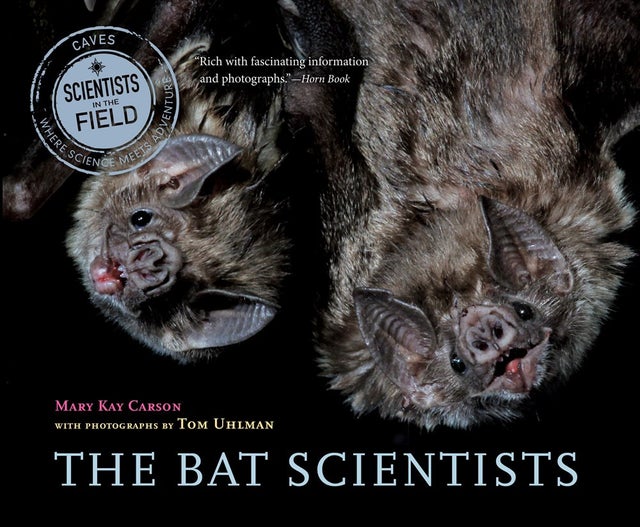 Bat scientist Dr. Merlin Tuttle and his colleagues at Bat Conservation International study these fascinating creatures of the night, in hopes of protecting them from a disease called White-nose syndrome, which threatens many species' very existence. 80 pages

"Whether describing the physics of echolocation or the present crisis of white-nose syndrome, Carson encourages readers to rethink stereotypes about creatures once scorned as flying vermin and shows how intricately their survival is tied to our own. Extensive back matter, including a glossary and a bibliography of books and Web sites, closes this standout resource." -Booklist, Starred Review (Grades 7-10)

"Woven into particular researchers’ stories is an enormous amount of information about bat biology and behavior. Uhlman’s photographs are clearly identified in context and the backmatter supports further research." -Kirkus Reviews (Ages 12+)