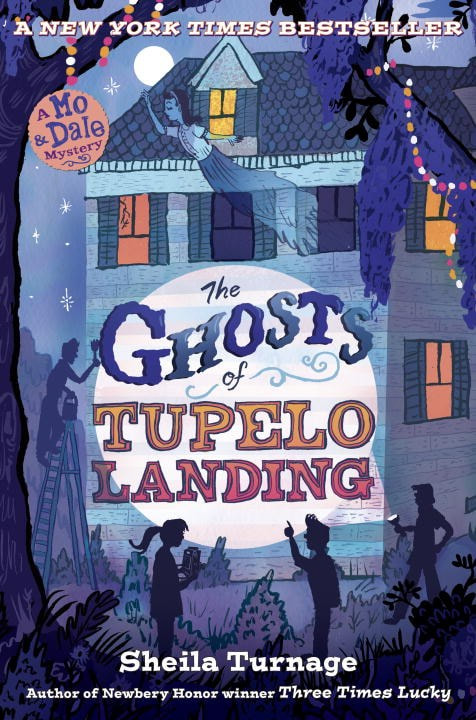 The Ghosts of Tupelo Landing [hc]

When Miss Lana makes an Accidental Bid at the Tupelo auction and winds up the mortified owner of an old inn, she doesn't realize there's a ghost in the fine print. Naturally, Desperado Detective Agency (aka Mo and Dale) opens a paranormal division to solve the mystery of the ghost's identity. They've got to figure out who the ghost is so they can interview it for their history assignment (extra credit). But Mo and Dale start to realize that the Inn isn't the only haunted place in Tupelo Landing. People can also be haunted by their own past. As Mo and Dale handily track down the truth about the ghost (with some help from the new kid in town), they discover the truth about a great many other people, too.

A laugh out loud, ghostly, Southern mystery that can be enjoyed by readers visiting Tupelo Landing for the first time, as well as those who are old friends of Mo and Dale.

"This delightful sequel demonstrates that Tupelo Landing may be even better on a second visit." -Kirkus Reviews, Starred Review (Ages 10-14)