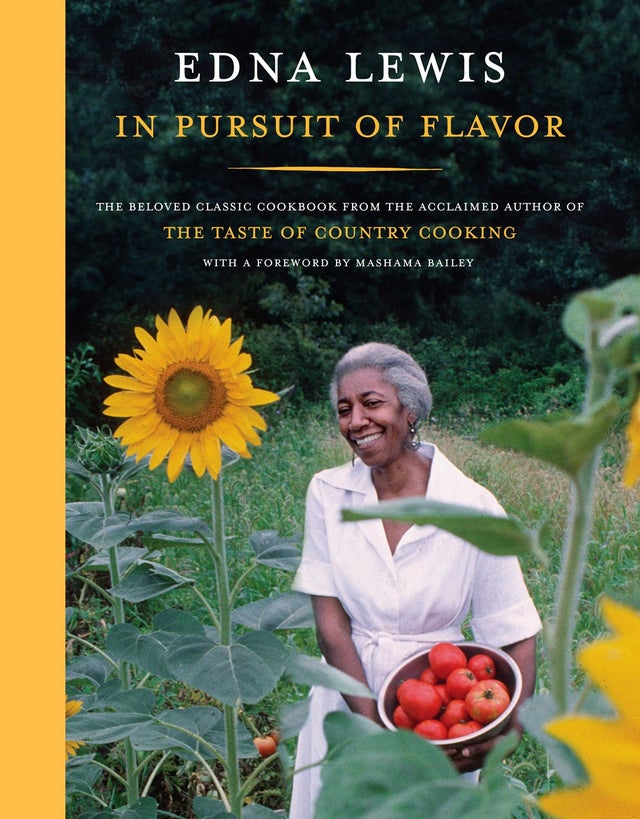 In Pursuit of Flavor [hc]

By Edna Lewis with a foreword by chef Mashama Bailey

Decades before cornbread, shrimp and grits, and peach cobbler were mainstays on menus everywhere, Edna Lewis was pioneering the celebration of seasonal food as a distinctly American cuisine.

In this James Beard Foundation Cookbook Hall of Fame-inducted cookbook, Miss Lewis (as she was almost universally known) shares the recipes of her childhood, spent in a Virginia farming community founded by her grandfather and his friends after emancipation, as well as those that made her one of the most revered American chefs of all time. Interspersed throughout are personal anecdotes, cooking insights, notes on important Southern ingredients, and personally developed techniques for maximizing flavor.

Across six charmingly illustrated chapters- From the Gardens and Orchards; From the Farmyard; From the Lakes, Steams, and Oceans; For the Cupboard; From the Bread Oven and Griddle; and The Taste of Old-fashioned Desserts- encompassing almost 200 recipes, Miss Lewis captures the spirit of the South. From Whipped Cornmeal with Okra; Pan-Braised Spareribs; and Benne Seed Biscuits to Thirteen-Bean Soup; Pumpkin with Sautéed Onions and Herbs; a Salad of Whole Tomatoes Garnished with Green Beans and Scallions; and Raspberry Pie Garnished with Whipped Cream, In Pursuit of Flavor is a modern classic and a timeless compendium of Southern cooking at its very best. 336 pages