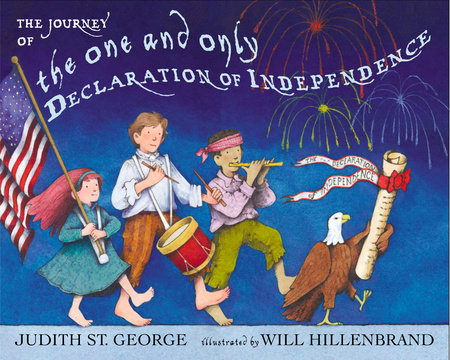 The Journey of the One and Only Declaration of Independence [hc]

Written by Judith St. George & illustrated by Will Hillenbrand [Ohio]

Everyone would agree the one and only Declaration of Independence deserves the best. After all, it’s at the heart of our country. But since it was signed in 1776, the Declaration has had as many ups and downs as the United States itself. It has been rolled up, copied, hidden away and traveled by horseback, sailing vessel, mail truck, railroad car and military tank. After being front and center of a new nation, it has escaped two British invasions and survived for more than two centuries of both peaceful times and devastating wars. What a journey! And it remains proudly the one and only Declaration of Independence. 48 pages