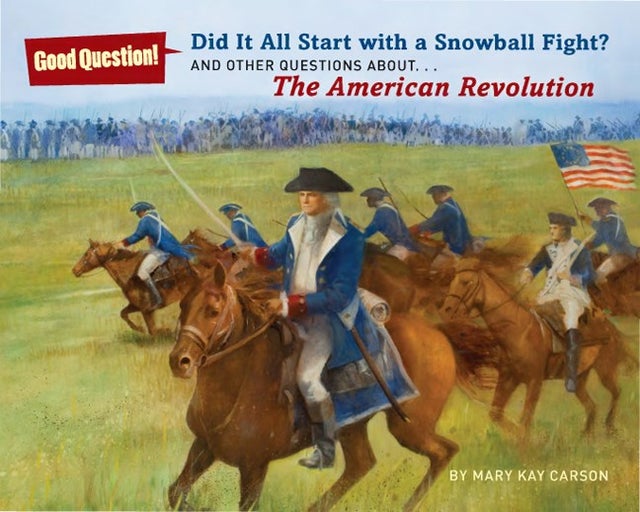 Good Question!: Did It All Start with a Snowball Fight? [hc]

And Other Questions About... The American Revolution

Could a snowball fight really have sparked the American Revolution? What made people get so steaming mad over the price of tea? And did it take a minuteman only a minute to join the fight? Step back into colonial America to find out about taxation without representation; why the British were called lobsters, the first-ever combat submarine, and whether Yankee doodles were really dandy! This interesting take on the American Revolution will attract young readers…even if they don't have to write a book report. 40 pages

"This entry in the Good Question! series tackles commonly repeated facts and folklore regarding the American Revolution in a child-friendly, inquiry-based style. The Revolution is a topic replete with legends and pop history, and many myths are dispelled throughout, including the notion that all American colonists were patriots and that the Boston Massacre was caused by a rowdy group of boys with snowballs." -Booklist (Grades 3-5)