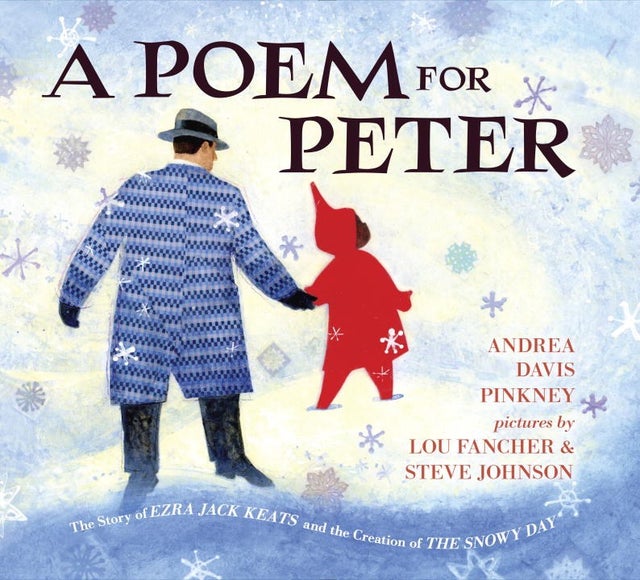 A Poem for Peter [hc]

The story of The Snowy Day begins more than one hundred years ago, when Ezra Jack Keats was born in Brooklyn, N.Y. The family were struggling Polish immigrants, and despite Keats’s obvious talent, his father worried that Ezra’s dream of being an artist was an unrealistic one. But Ezra was determined. By high school he was winning prizes and scholarships. Later, jobs followed with the WPA and Marvel comics. But it was many years before Keats’s greatest dream was realized and he had the opportunity to write and illustrate his own book.

For more than two decades, Ezra had kept pinned to his wall a series of photographs of an adorable African American child. In Keats’s hands, the boy morphed into Peter, a boy in a red snowsuit, out enjoying the pristine snow; the book became The Snowy Day, winner of the Caldecott Medal, the first mainstream book to feature an African American child. It was also the first of many books featuring Peter and the children of his- and Keats’s- neighborhood.

Andrea Davis Pinkney’s lyrical narrative tells the inspiring story of a boy who pursued a dream, and who, in turn, inspired generations of other dreamers. 60 pages

"Fancher and Johnson's acrylic, collage, and pencil illustrations seamlessly integrate images from Keats' books into their own art, which employs a style complementary to the originals. Equally important, they skillfully represent Pinkney's lyrical text, which sometimes requires historical accuracy, magic realism, and nods to future possibilities, all within one spread." -Booklist, Starred Review (Grades 2-5)