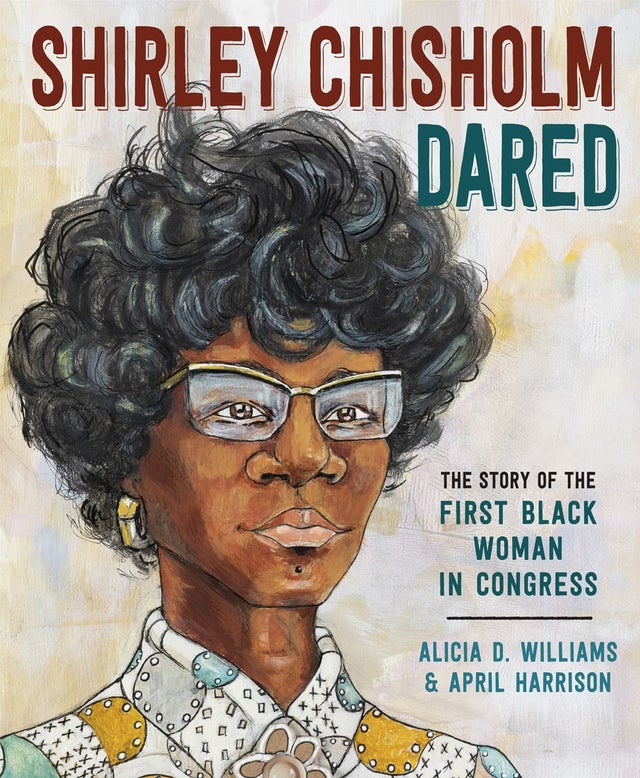 The Story of the First Black Woman in Congress

Meet Shirley, a little girl who asks way too many questions! After spending her early years on her grandparents’ farm in Barbados, she returns home to Brooklyn and immediately makes herself known. Shirley kicks butt in school; she breaks her mother’s curfew; she plays jazz piano instead of classical. And as a young adult, she fights against the injustice she sees around her, against women and black people. Soon she is running for state assembly… and winning in a landslide. Three years later, she is on the campaign trail again, as the first black woman to run for Congress. Her slogan? “Fighting Shirley Chisholm- Unbought and Unbossed!” Does she win? You bet she does. 48 pages