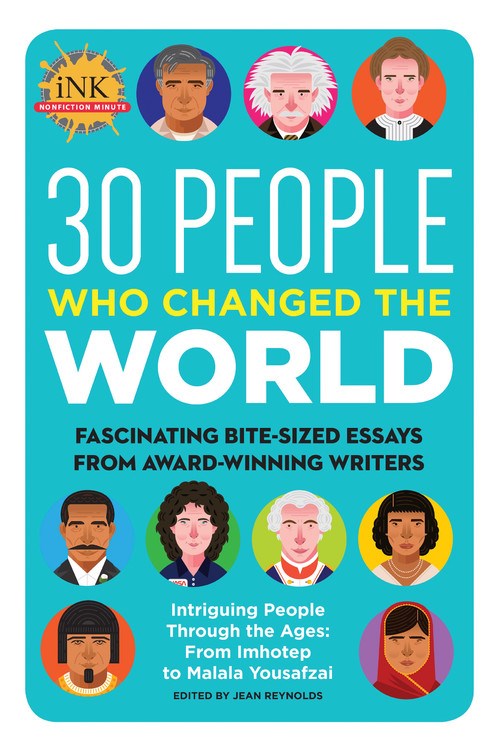 30 People Who Changed the World [pb]

What do Julius Caesar, Rosa Parks, and Vincent van Gogh all have in common? They're all fascinating figures who shaped our world! Learn about these and so many more historical VIPs, brought to you by today's award-winning and best-known children's authors.

In this collection of 30 essays, each historical figure has a short piece- called a "nonfiction minute"- dedicated just to them. Learn how African-American singer Marian Anderson sang her way to the White House, and how an indentured servant named Juan de Pareja became an artist. Read all about Albert Einstein's theory of relativity- yes, it can be explained in a minute! These nonfiction "appetizers" are quick and easy-to-read, and will have children begging to know more about the world around them. 144 pages

"[This] compendium contains someone to interest everyone, including contemporary role models (Malala Yousafzai), artists of color (Edmonia Lewis and Juan de Pareja), and explorers (Roald Amundsen and Robert Scott). Authors, scientists, and civil rights icons are all represented... This is a good jumping-off platform to longer similar essays, as in the Who Was series." -Booklist (Grades 4-7)

"Brisk and appealing historical vignettes, as readable as they are revealing." -Kirkus Reviews (Ages 10-13)