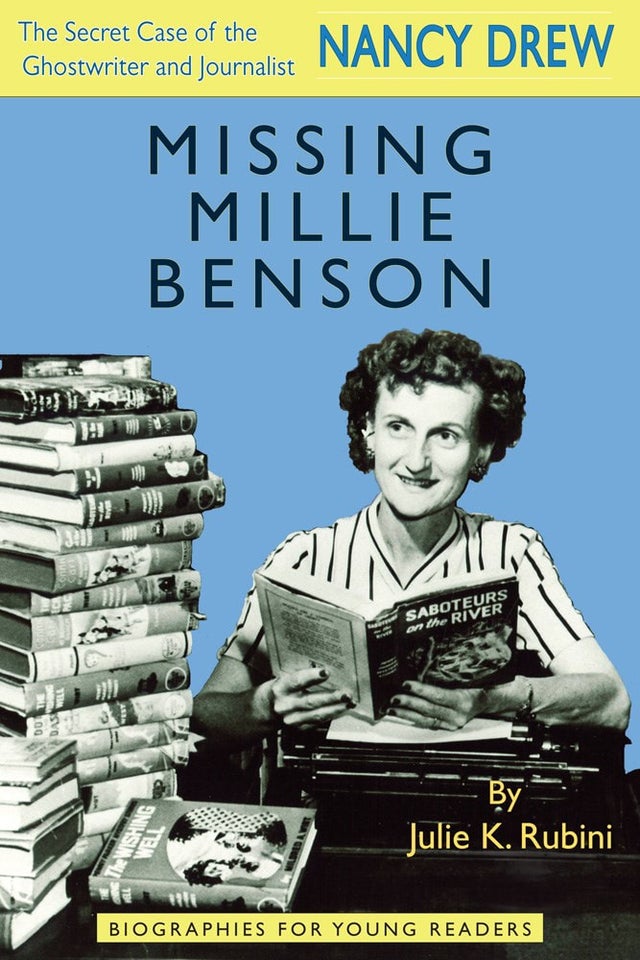 The Secret Case of the Ghostwriter and Journalist, Nancy Drew

Growing up in Ladora, Iowa, Mildred “Millie” Benson had ample time to develop her imagination and sense of adventure. While still a journalism graduate student at the University of Iowa, Millie began writing for the Stratemeyer Syndicate, which published the phenomenally popular Hardy Boys series, among others. Soon, Millie was tapped for a new series starring amateur sleuth Nancy Drew, a young, independent woman not unlike Millie herself. Under the pen name Carolyn Keene, Millie wrote the first book, The Secret of the Old Clock, and twenty-two other Nancy Drew Mystery Stories. In all, Millie wrote more than a hundred novels for young people.

Millie was also a journalist for the Toledo Times and the Toledo Blade. At sixty-two, she obtained her pilot’s license. Follow the clues throughout Missing Millie to discover the story of this ghostwriter, journalist, and adventurer. 136 pages

“The biography is eminently readable and well organized… Appended with an impressive wealth of back matter (Extra Clues) including a timeline, a chronological list of Millie’s books, a glossary, source notes, and an extensive bibliography.” -The Horn Book Magazine

"Rubini frames the story as a mystery, asking why, despite Nancy Drew’s fame, most people have never heard of Benson and tracking down clues and evidence to uncover more information about the life of this little-known author... Verdict: A solid option for those interested in the “Nancy Drew” mysteries." -School Library Journal (Grades 5-8)