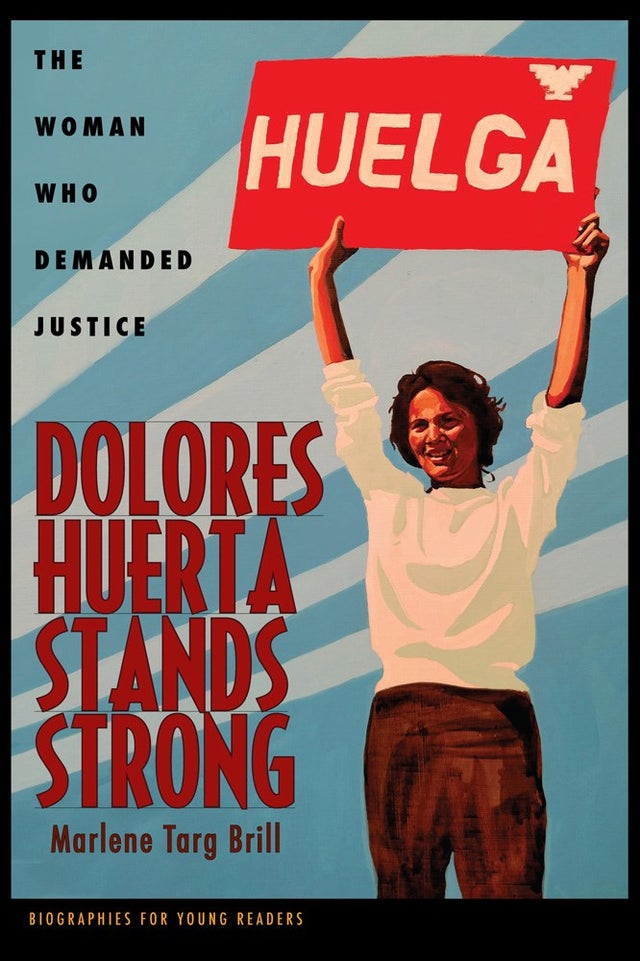 The Woman Who Demanded Justice

Today, we know Dolores Huerta as the cofounder, with Cesar Chavez, of the National Farmworkers Association, which later became the United Farm Workers of America. We know her as a tireless advocate for the rights of farmworkers, Mexican American immigrants, women, and LGBTQ populations. And we know her as the recipient of the Presidential Medal of Freedom from Barack Obama in 2012.

Before all that, though, Huerta was a child in the farming community of Stockton, California, and then a teenager whose teachers underestimated her because she was Chicana. When she became a teacher herself, she witnessed her students coming to school shoeless and hungry. Many took days off from school to work in the farm fields to help feed their families. What could she do to help them? A young mother at the time, Huerta quit her teaching job to organize their parents. That began her journey to educate a nation about who produces our food and the conditions under which they work.

Dolores Huerta Stands Strong follows Huerta’s life from the mining communities of the Southwest where her father toiled, to the fields of California, to the present day. As she advocated for farmworkers, Mexican American immigrants, women, and LGBTQ population rights, Dolores earned the nation’s highest honors and found her voice. 104 pages

"An excellent read for anyone hoping to believe one person can make a difference. Young readers will recognize Dolores Huerta’s rallying cry 'Yes, we can!' even as they are inspired by her vision for a better world." -Kirkus Reviews, Starred Review (Ages 7-14)