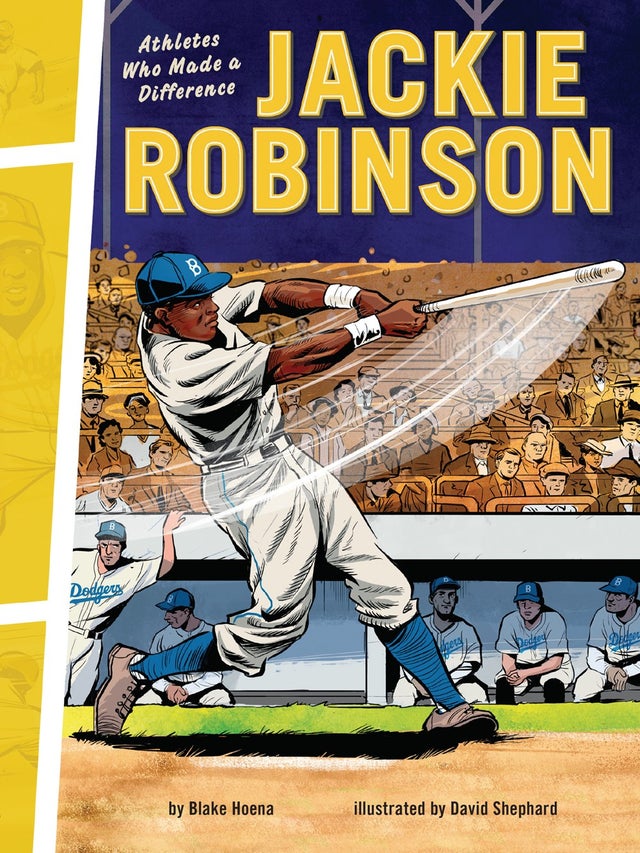 Part of the Athletes Who Made a Difference series

In an era of discrimination, Jack Roosevelt "Jackie" Robinson broke Major League Baseball's race barrier. Before Robinson took his place at first base, the majors discriminated against African-American athletes, denying them a chance to compete. Despite facing harassment from fans and other players, Robinson stayed focused on the game, becoming the MLB Rookie of the Year in 1947 and later a baseball legend. This graphic biography follows Robinson's time on semi-pro teams, his days in the US military, and his history-making experience with the Brooklyn Dodgers. 32 pages