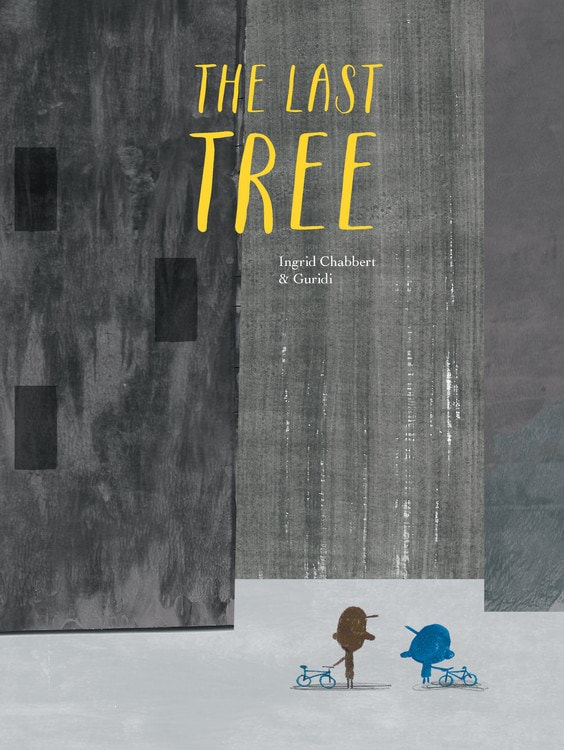 A small boy longed to roll and play in the grass like his father had when he was a child. But the boy lived in a concrete city without any grass or trees. Instead, they “had roads, walls and lots of other ugly things.” Then one day the boy and his friend discovered a sapling hiding behind a low wall. The boy had never seen a tree before. He was so amazed, he dreamed about the tree. “I imagined it tall. Huge, even. And majestic,” he says. So when they heard that a condominium was being built right on the spot where their tree was growing, the friends knew they had to dig it up and replant it in a safe place. They had to make sure the last tree survived. This poignant picture book with a futuristic feel offers a powerful environmental message about the critical importance of conserving the natural world. The story, written by Ingrid Chabbert, is narrated by the boy as an adult looking back on something that had enormous significance for him, highlighting the positive role that nature plays in our lives, and ultimately offering hope for the future. The muted tones of the artwork by Guridi add emotional impact to the narrative.

This would make a terrific classroom read for Earth Day, or for discussions about the environment. It also celebrates how, with a bit of imagination, even small children can make a difference. A wonderful choice for character education discussions about initiative. 36 pages

"This touching tale contains a moving message of hope, as well as a call to action." -Booklist (Kindergarten-Grade 2)