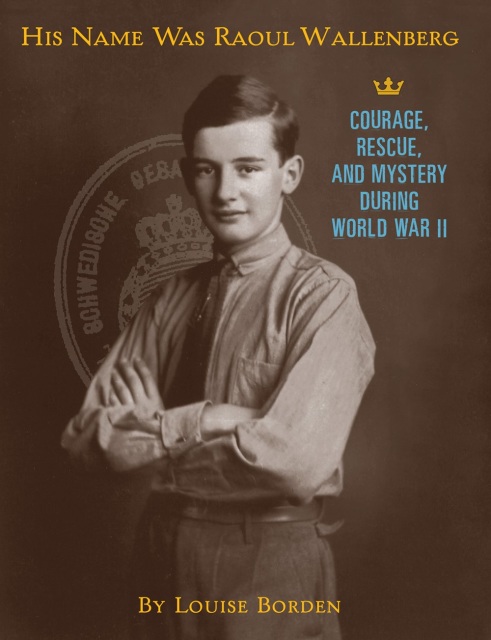 His Name Was Raoul Wallenberg [hc]

An amazing and inspirational World War II story about how one man saved the lives of many.

Raoul Wallenberg’s name may not be a universally familiar one, but the impact he had is immeasurable. Wallenberg was a Swedish humanitarian who worked in Budapest during World War II to rescue Jews from the Holocaust. He did this by issuing protective passports and housing Jews in buildings established as Swedish territory, saving tens of thousands of lives. Louise Borden researched Wallenberg’s life for many years, visiting with his family and the site of his childhood home, and learned his story from beginning to end. Wallenberg himself has not been heard from since 1945. It is suspected he died while in Russian custody, though this has never been proven. Raoul Wallenberg... it’s a name you may not have known, but you’ll never forget his story. 144 pages

"Moving and inspiring; Wallenberg’s is a name to remember for all time, and Borden has done an admirable job of ensuring readers will." -Kirkus Reviews (Ages 11+)

"With extensive back matter for students' further research, this is an important addition to the Holocaust curriculum." -Booklist (Grades 7-12)