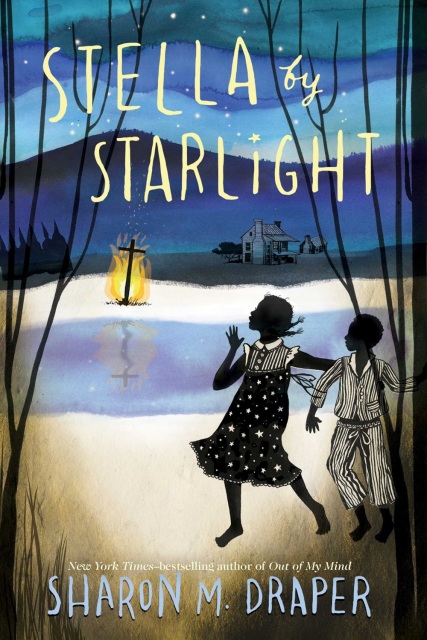 Fifth-grader Stella lives in the segregated South- in Bumblebee, North Carolina, to be exact. Some stores she can go into. Some stores she can’t. Some folks are right pleasant. Others are a lot less so. To Stella, it sort of evens out, and heck, the Klan hasn’t bothered them for years. But one late night, later than she should ever be up, much less wandering around outside, Stella and her little brother see something they’re never supposed to see, something that is the first flicker of change to come, unwelcome change by any stretch of the imagination. As Stella’s community- her world- is upended, she decides to fight fire with fire. And she learns that ashes don’t necessarily signify an end. 336 pages

"Inspired by her own grandmother's childhood, Draper weaves folksy tall tales, traditional storytelling, and hymns throughout Stella's story, which is punctuated by her ever-more-confident journal entries. This uplifting and nostalgic tale of community and family movingly captures both 10-year-old Stella's relatable experiences as well as the weighty social issues of the period." -Booklist (Grades 4-8)